My name is Deke Dickerson. I'm a full-time musician, with lots of interests. One of those interests is writing. I write for guitar magazines such as Guitar Player, Fretboard Journal, and Vintage Guitar. I also write music articles, liner notes, and books that accompany box sets.
Once, a long time ago, I thought it was weird to have your own web site. Then, I thought that myspace and Facebook were immature (turns out I was right about that one, but I'm on them anyway). When I heard the word "blog," I decried I would never have one. And yet, here I am. Enjoy...

Runes of The San Fernando Valley

RUNE STONES, STRIP MALLS, AND OUR MOMENT IN TIME 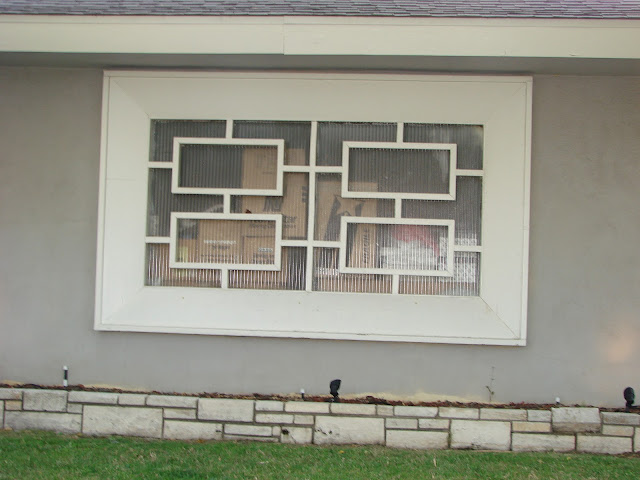 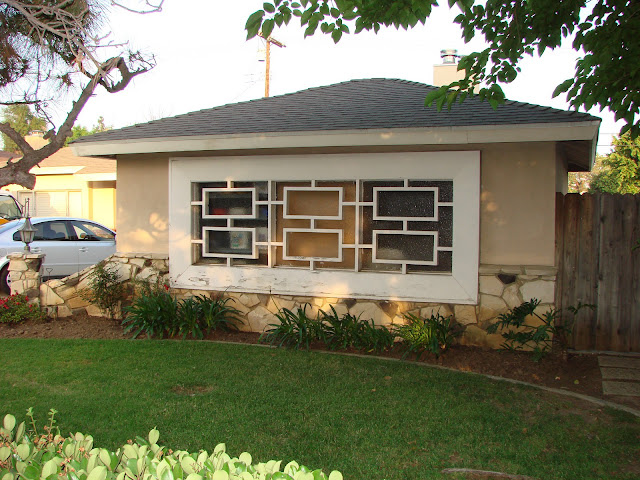 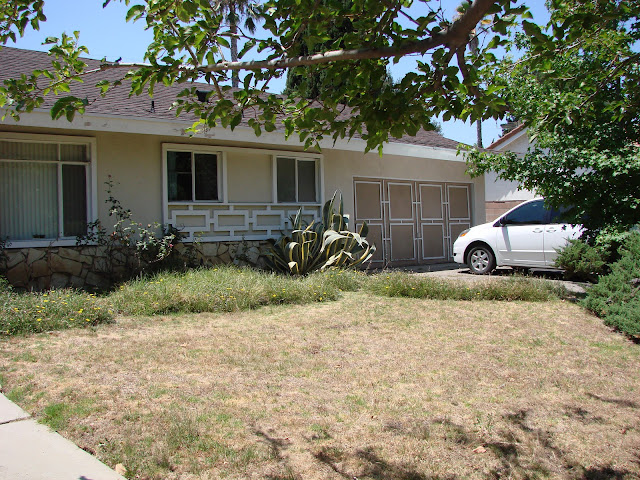 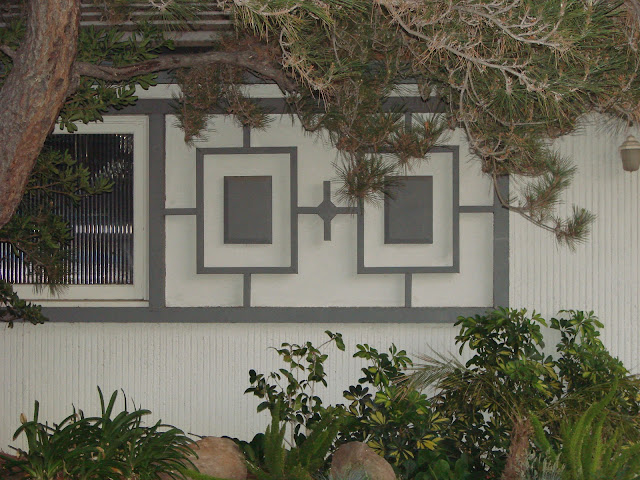 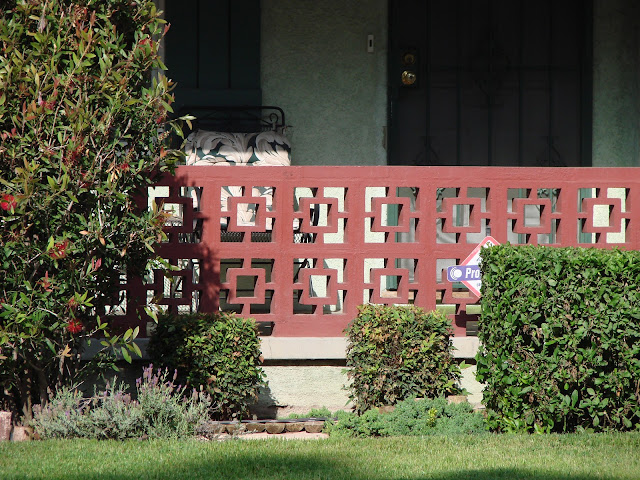 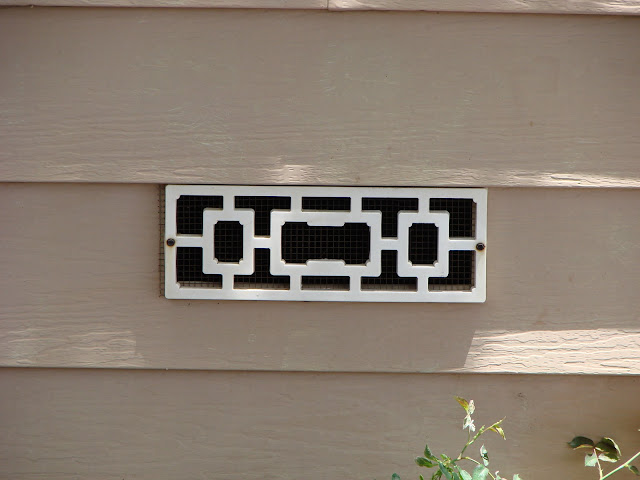 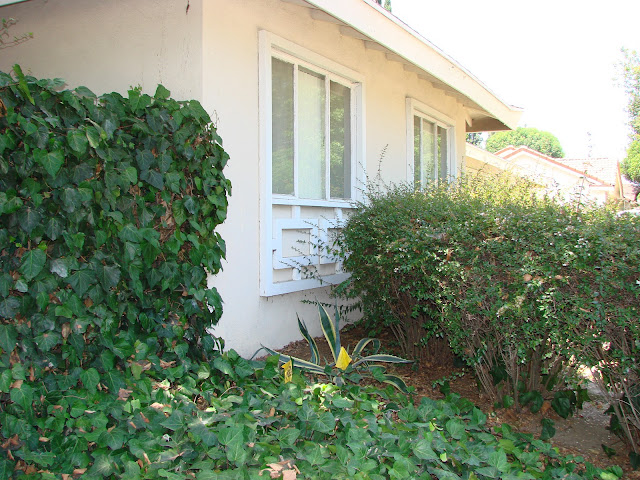 Once I noticed them, I started photographing them.  In the course of two or three years, with a frenzy of real estate “flipping” and remodeling, many of these symbols disappeared, replaced with generic Home Depot windows, made in China by the millions.
I realized, as I watched these things disappear, that the San Fernando Valley symbols were never going to make it to another millennium.  These symbols were going to be remodeled into oblivion.  I thought about how many rune stones had been repurposed into making buildings or stone walls, and how they used to have so many mummies in Egypt that you could actually buy ground-up mummies to use as paper pulp, brown dye, and a medicinal supplement (true).  The whole trick with a society and their symbols is that when that society was active, these things were commonplace.  The symbols gain meaning when the society disappears, and there are only a few examples left of their symbols to study. 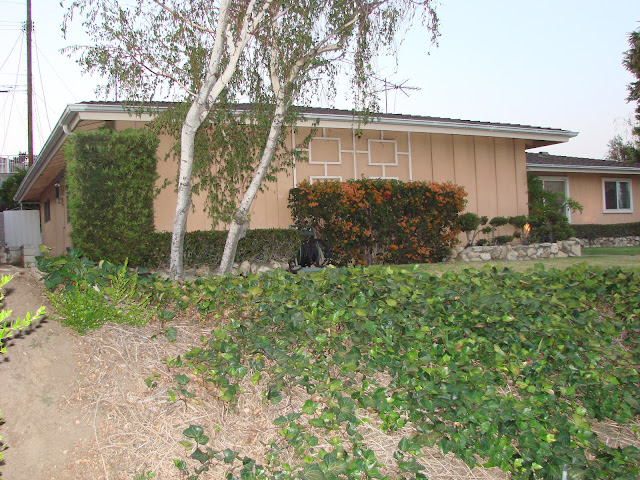 I began to search to see if the San Fernando Valley’s symbols had any real meaning.  After doing a fair amount of research, I couldn’t find any exact corollaries with the Valley symbols.  A complete perusal of Symbols.com and SymbolDictionary.com found several close matches, one of which pointed to an ancient chemical symbol for Vitriol, another that revealed an ancient Mariner symbol for a Buddhist temple, and another that indicated the design of an ancient Swedish board game.  None of these seemed like the San Fernando Valley homebuilder’s intent.
It’s possible that the design was borrowed from a generic architect’s vision of a Buddhist temple symbol, but in true L.A. fashion the symbols are on houses with an Oriental theme, as well as houses with a Colonial flair, and on houses that look like a 1950’s flying saucer.  If there was supposed to be an Asian motif behind the symbol in the first place, these builders apparently didn’t seem to care.
I tend to think that the designs are meant to be Asian, or in that great California way, meant to make you feel an Asian feeling.  On the other hand, the only time I've seen something eerily similar was on a trip to England, on a random house outside London. 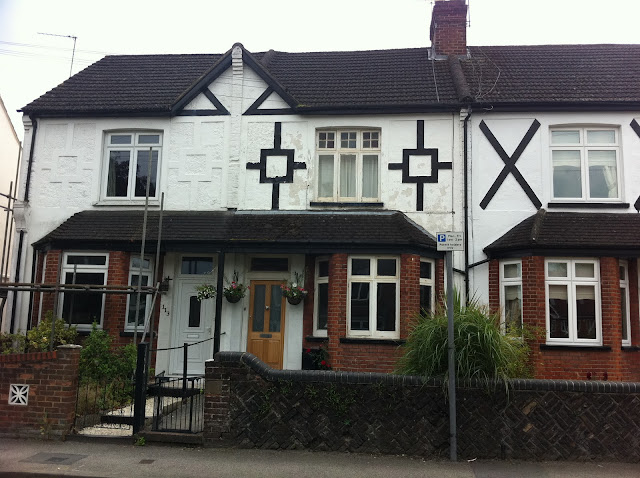 So, if anything, what do they mean?  Perhaps they don’t mean anything.  It very well could be that the homebuilders of the 1950’s and 1960’s just needed quickie decorative elements on the outside of the houses they were throwing up in slapdash fashion.  Maybe, but the amount of variation and creativity displayed in the many designs suggests there is more to it than that.
I prefer to think that in some “Mad Men” architect’s office fifty years ago, there was an operative of the Illuminati whose mission it was to impart a campaign of secret symbols throughout the Valley.  Several hundred years from now, some author will write a ‘Da Vinci Code’-type novel based on the secret symbols of the San Fernando Valley, finally deciphering what these ubiquitous, yet mysterious, symbols were trying to tell us all along.

After this blog article was first published, my friend Sean Noble offered this explanation, the best one I have heard yet: "I got the following from 'Understanding Formal Analysis' off the J. Paul Getty website concerning the nature of lines: 'Horizontal and vertical lines used in combination communicate stability and solidity.  Rectilinear forms with 90-degree angles are structurally stable.  This stability suggests permanence and reliability.'  So this design gave the San Fernando Valley home owner a sense of strength and stability in an undeveloped, arid, earthquake-ridden wilderness."  Brilliant!

In the meantime, as I walk these streets (who am I kidding—as I drive these streets), I see them.  Hundreds of them, like silent sentinels, guarding their tract houses like ancient lamb’s blood on the door.  Whatever they are supposed to mean, these runes of the San Fernando Valley are disappearing with every passing day.  I hope to bring attention to them, before they are all gone.
When I saw how quickly the symbols of the Valley were disappearing, I decided that in my own small way, I would help to preserve them.  When my garage window became so ravaged by time and sun that it needed replacing, I decided to fill it in with something else--a brand new secret symbol of the San Fernando Valley. 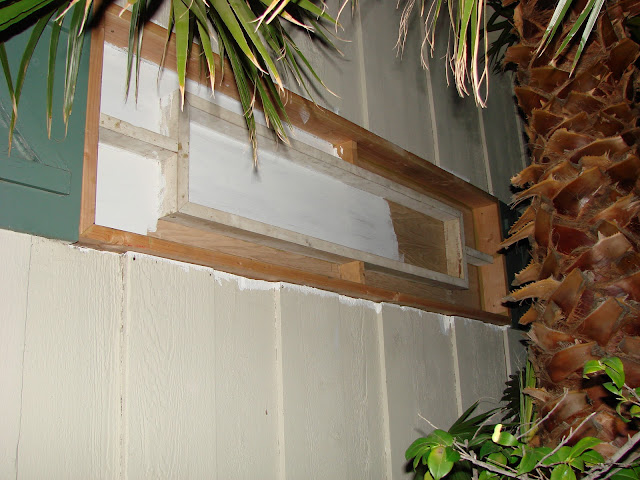 What’s in your Valley?  What objects do you walk by every day?  I hope that wherever you live, you find something that represents a symbol of your society, no matter how unexplainable and potentially silly they may be.  Open your eyes and let the possibilities exist.

Below: More examples of the mysterious San Fernando Valley symbols.  Do you have more to share? Email the author here. 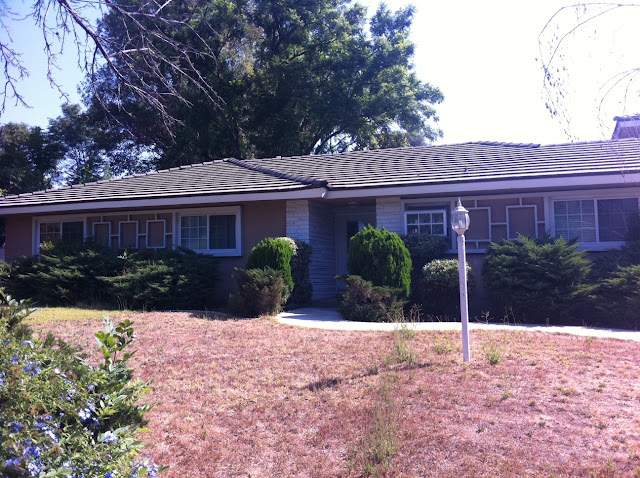 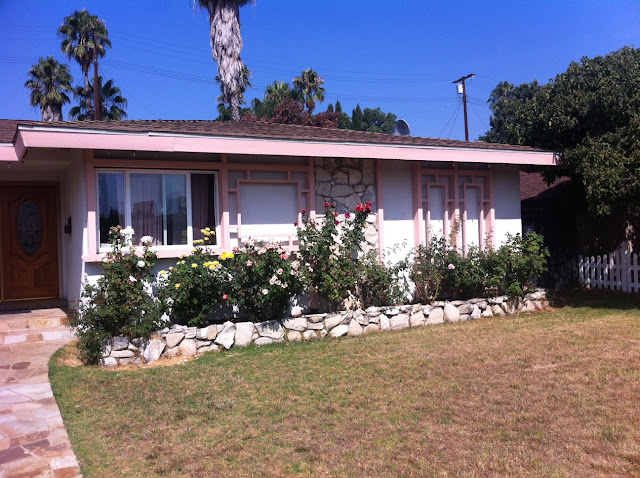 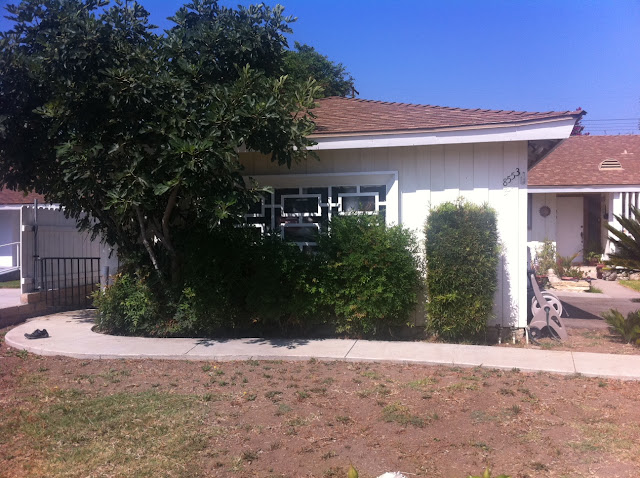 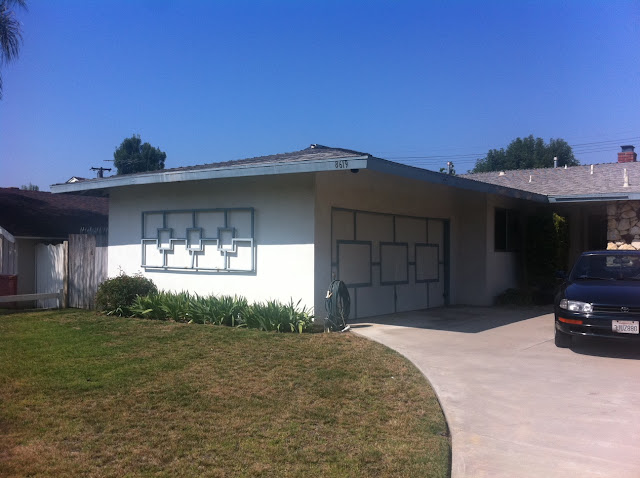 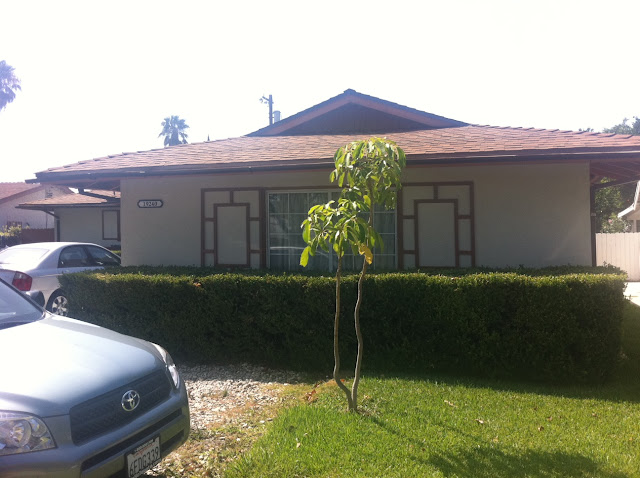 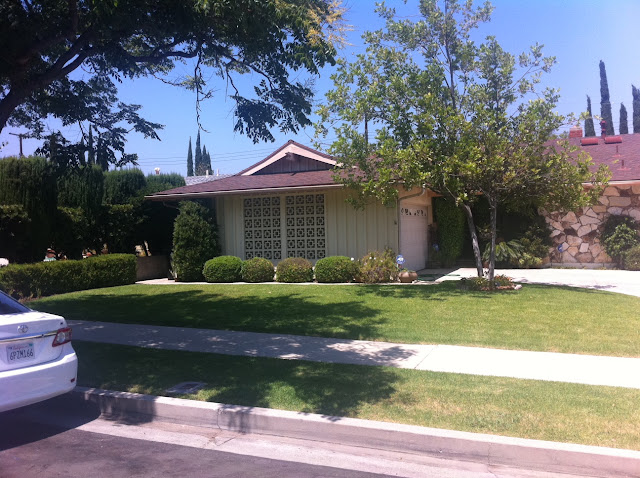 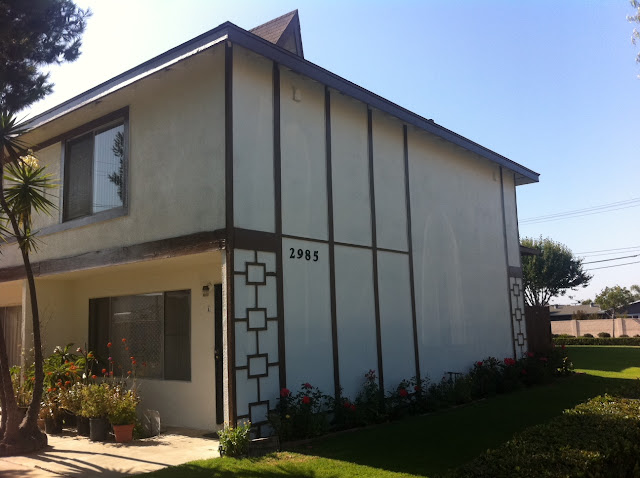 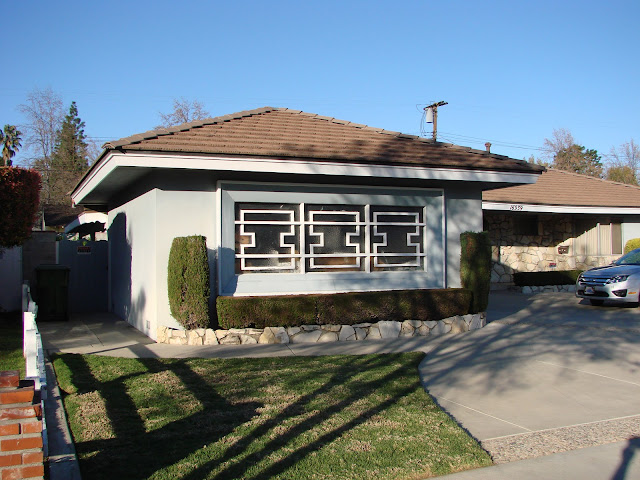 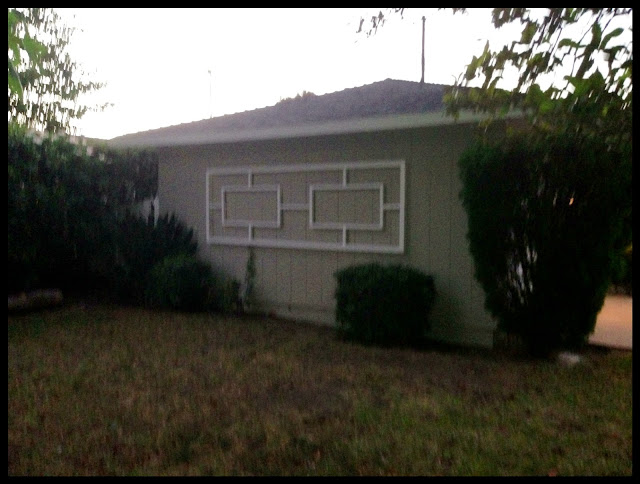 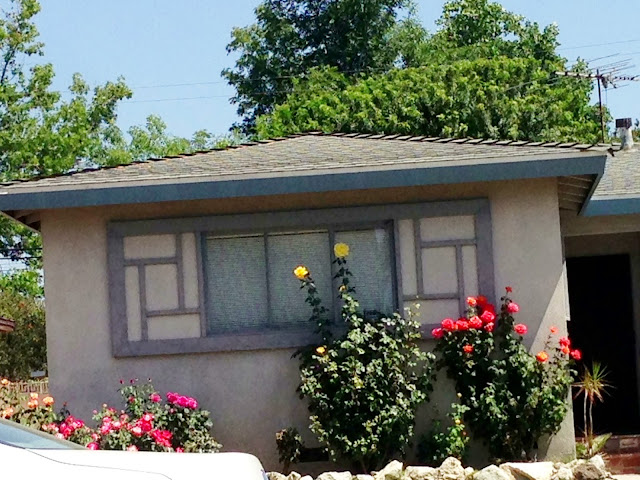 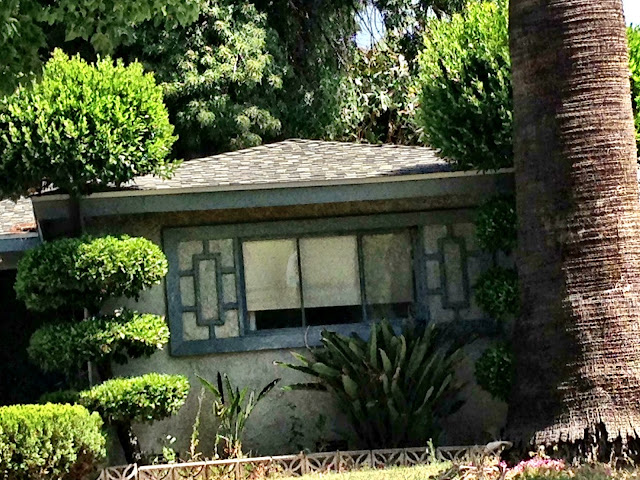 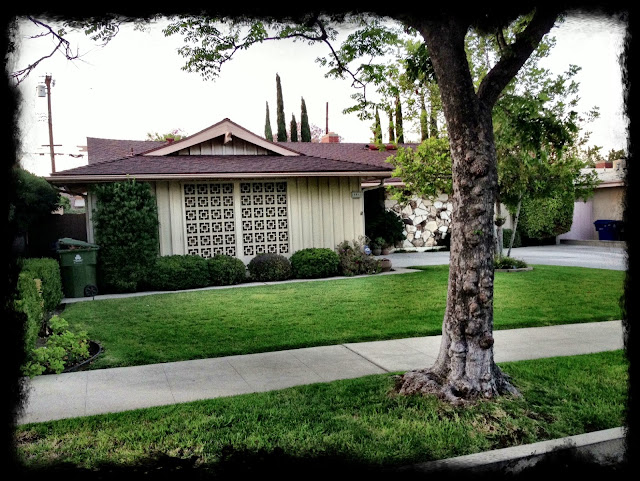 Conspiracy alert--note the railing of the Lorraine Motel in Memphis at the scene of Martin Luther King Jr's assassination! 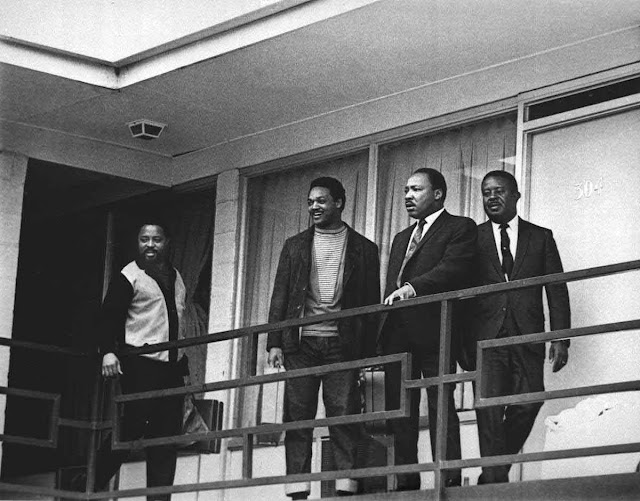 I like the future, the way it used to be.